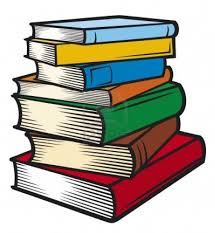 I’ve found another book to add to my list of Desert Island Books: The Broken Road From the Iron Gates to Mount Athos. It’s the long-awaited final book in Patrick Leigh-Fermor’s trilogy, and compiled posthumously by his Literary Executors and editors, Colin Thubron (another brilliant travel writer) and Artemis Cooper (PLF’s biographer). I would go to great lengths to pack this Travel classic, it’s a gem. I reviewed the book separately in March, on this blog.

Words on Bathroom Walls – Julia Walton. Thanks to our Book Club Challenge, I tackled this diarized account of 16 year old Adam’s struggle with schizophrenia and an experimental drug. Normally, I would have avoided such a book, but I bravely dived in and what do you know? I had a wonderful read. Sometimes its good to leave that cosy Comfort Zone. And I ticked the Challenge Boxes: Made Into a Movie, and Debut Novel.
I realised I never read any poetry in February, so I pulled out a book at random from my shelf of Poetry books and found a slender red book in my hand, The Lemon Tree – Tatamkhulu Afrika. I remember buying it at a Poetry meeting in the Natale Labia Museum, down in Muizenberg, organized by that indefatigable champion of local poetry, Gus Ferguson.  In fact, the collection was one of his publications, from Snailpress.  Tatamkhulu was present, and read some of his work.  I have a faint memory of a tall, skinny old white man, who was – to my astonishment – a Moslem; this was unusual in the mid 1990s. He told us a charitable Moslem family had taken him in, and he lived in an outbuilding on their property – again, highly unusual for South Africa at that time. Re-reading his elegant, quiet poems about his life I wish I’d paid more attention at the time. Too late now.

FICTION
Badger on the Barge & other stories – Janni Howker. Short Stories.. A focus on adolescents; set in Britain. Perceptive and unusual.
Words on Bathroom Walls – Julia Walton. A diarized account of 16 year old Adam’s struggle with schizophrenia and an experimental drug. Very enlightening & a good read. Recommended.
The Distance – Zoe Folbigg. An entertaining light read. He’s in Mexico, she’s in Arctic Norway. Will these twin souls ever get together? It’s a cyber-Skype romance, and I enjoyed it.
An Open Swimmer – Tim Winton. His debut, prize winning novel. A coming of age story, moody and male but also filled with wonderful descriptions of sea, fishing, and coastal bush.
Where the Crawdads Sing – Delia Owens. An unusual story of a lonely abandoned child who grows into a shy reclusive woman, rooted in her marsh wilderness in North Carolina. Superb descriptions of marsh life birds, animals, marine creatures. Engaging human actors, a mystery, and a real kicker of an ending. Recommended.
NON-FICTION

The Broken Road. From the Iron Gates to Mount Athos – Patrick Leigh-Fermor. A travel classic brimming with history, colourful detail and characters. A must-read for Travel fans and lovers of good writing.

The Broken Road. From the Iron Gates to Mount Athos – Patrick Leigh-Fermor.
I’ve found another book to add to my list of Desert Island Books. I would go to great lengths to pack this Travel classic, it’s a gem. It’s the long-awaited final book in Patrick Leigh-Fermor’s trilogy, and compiled posthumously by his Literary Executors and editors, Colin Thubron (another brilliant travel writer) and Artemis Cooper (PLF’s biographer).
As a very young man, in his late teens/early twenties PLF walked through many of the Balkan countries aiming for Constantinople/Istanbul; he always referred to the fabled city as Constantinople.

The walk takes place starts in Rumania, then moves south into Bulgaria, and he lands up at the shores of the Black Sea, at the end of December 1934; almost in Constantinople, but not quite. This is where his travel diary ends. Thereafter he moved on to a pilgrimage for over a month at Mount Athos , in Greece. I didn’t read this section, because the Library was hounding me to return the book.
Can you believe that in the mid-1930s he could walk at will in the mountains and through valleys in the rural Balkans, sleeping outdoors, or occasionally with friendly rural folk in farm cottages, subsisting on about two shillings per day? And, please know, he drank and smoked with gusto, and ate well. Granted, there were days when he ate frugally on a hunk of stale bread and some raw onion. Probably a good thing he was walking in remote areas! But this said, he often remarks on the smells he encounters: human sweat, wood smoke, animal dung – we’re very precious about smells these days. Europe in the 1930s either poured on vast quantities of cologne, or else, simply didn’t notice the background odours.
His diaries, anecdotes and reflections are fascinating. They’re crammed with detail about the different ethnic groups he meets; snippets of centuries old historical background, Turkish conquests, long-forgotten wars, countries that vanished off the map post-WWII when Europe was divided by the Allied victors.
The overall picture is a brilliantly coloured tapestry of folk dress, fezzes, embroidered waistcoats, Turkish turbans, horse riders, village taverns and squares, simple home grown food and wine; communicating sometimes in broken Bulgarian, or fluent French or limping German, or seriously limited Bulgarian ( no spika da Eenglish in 1930’s Bulgaria) he mixed with British diplomats as he moved around. He visited the haute mond of Bulgarian society, via introductory letters and social contacts, and the even more elevated haute mond of French-speaking ,cultured, intellectual, Bridge playing Rumanian society, and by complete contrast, with traveling Gypsies, shepherds, fishermen and ordinary folk.
There’s a wonderful description of him being chauffer driven in his hosts’ Packard limo, swathed in a fur rug, to explore the town where he goes drinking in a humble tavern and later, homeward bound in the Packard, passes a drover herding his cattle who recognizes PLF as his drinking companion of a scant hour previous!
The world was a wonderful melting pot in those days, before it became homogenized under the deadening hand of Post-War Communism and Coca Cola, and Capitalism on the other. I wish I’d been there and seen it for myself, but at least PLF wrote down his vivid verbal snapshots, which is better than faded sepia photos.
He writes marvelously and at length about his precious travel notebooks and enumerates their invaluable contents, upon which the book is based. And oh! the drama, when a madman steals his rucksack containing the vital notebooks! Fortunately the missing rucksack is tracked down, but the saga played out over long, tense hours.
If you enjoy travel books and superb writing, then make sure you read this book! 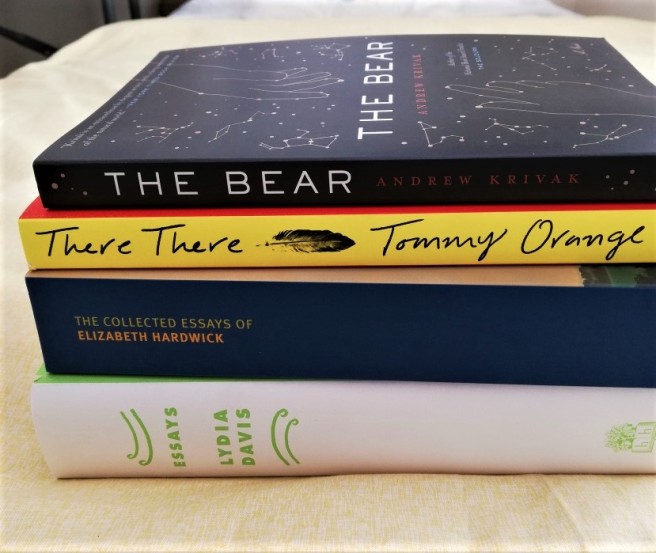 I’m sharing the joy: look what arrived today. Four long anticipated books that I ordered on-line in mid February, arrived this morning. Yipee!
I debated long and hard over what treats to buy. I chose books that I’d seen reviewed and praised to the heavens:
There, there – Tommy Orange. Highly acclaimed American debut novel; follows twelve characters from Native communities all traveling to the Big Oakland Powwow. The complexities and challenges of urban Native Americans in contemporary society.
Bear – Andrew Krivak . A moving post-apocalyptic fable for grown-ups, was Ursula le Guin’s verdict. Other critics raved about the elegance of the writing.
The Collected Essays of Elizabeth Hardwick.  She was long recognized as one of the great literary critics of the twentieth century …. Her elegant, erudite often witty essays and reviews … was Joyce Carol Oates verdict.
Essays – Lydia Davis . …. Beautifully formed, thought-provoking playful and illuminating, these pieces are a masterclass in reading and writing … says the dust jacket.
None  were available on our retail bookstore shelves, so I blew the budget in one glorious, indulgent  blowout. That’s my book buying over until at least August.

I enjoy Lydia Davis fiction, so wanted to read  her essays. I sat down to sample her Chapter headed Thirty Recommendations for Good Writing Habits and was instantly enthralled – pure gold, I tell you, pure gold. My tea turned lukewarm, the time sped by and I read on. I reached the end of the chapter, inserted two Post-it notes at useful sections and hugged the book. Even if that’s the only chapter I read in the entire book, it was worth every cent.

As for the other three books, I can’t wait to read them. Don’t bother contacting me, I shall be incommunicado for some time to come as I explore  in this literary treasure trove.